Experience holy moments in the holy places where our forefathers have lived.

Located in the heart of the Middle East, Jordan is home to many biblical, cultural and archaeological highlights. 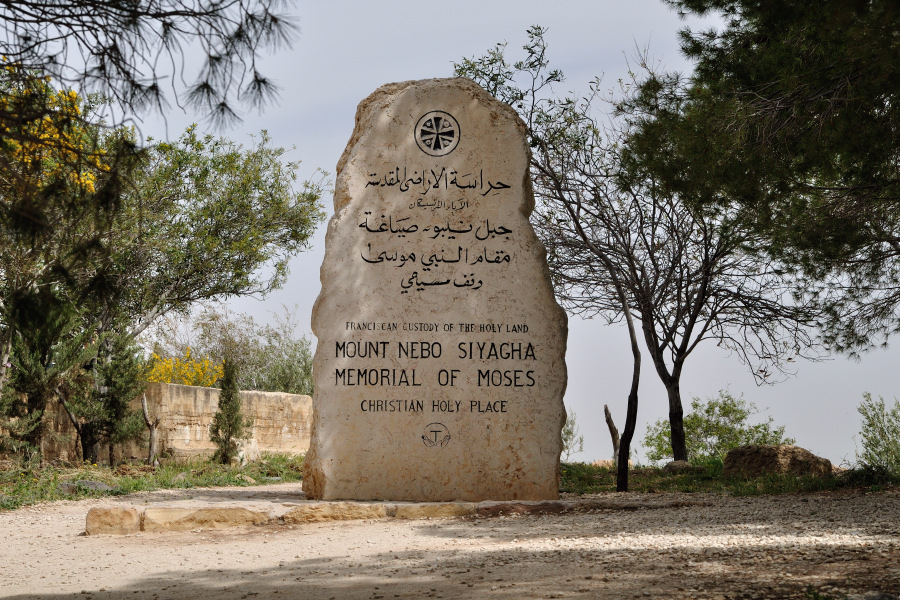 After 40 years of leading the headstrong Israelites in the desert, Moses stood on the windswept summit of Mount Nebo and viewed the Promised Land of Canaan – after having been told by God “you shall not cross over there.”

On a clear day, today’s pilgrims can see the panorama Moses viewed: The Dead Sea, the Jordan River valley, Jericho, Bethlehem, and the distant hills of Jerusalem.

In the 3rd and 4th century, monks from Egypt built a small church on one of its peaks, Siyagha (a name meaning monastery) to commemorate the end of Moses’ life. By the end of the 4th century, an empty “tomb of Moses” was being shown to pilgrims on the mountain. The monks’ church was expanded in the 5th and 6th centuries into a large basilica with a stunning collection of Byzantine mosaics and an elaborate baptistery. Though little remains of the early buildings, the mosaics can be seen inside the present-day shrine. 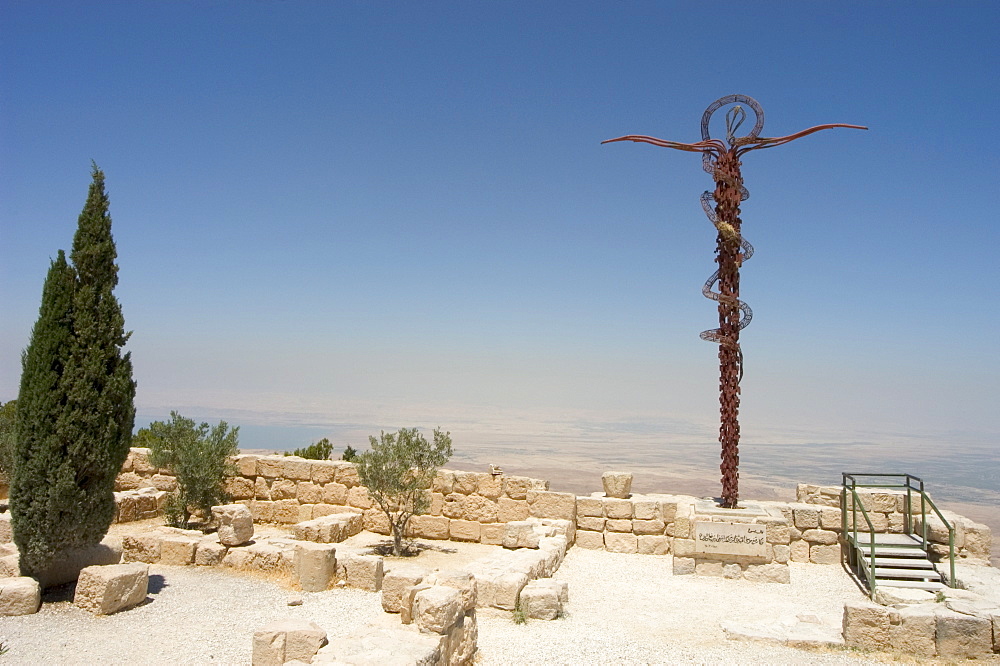 Outside the present-day shrine stands an enigmatic serpentine cross, the Brazen Serpent Monument. Created by Italian artist Giovanni Fantoni, it imaginatively merges the life-saving bronze serpent set up by Moses into the desert (Numbers 21:4-9) and the cross upon which Jesus was crucified. 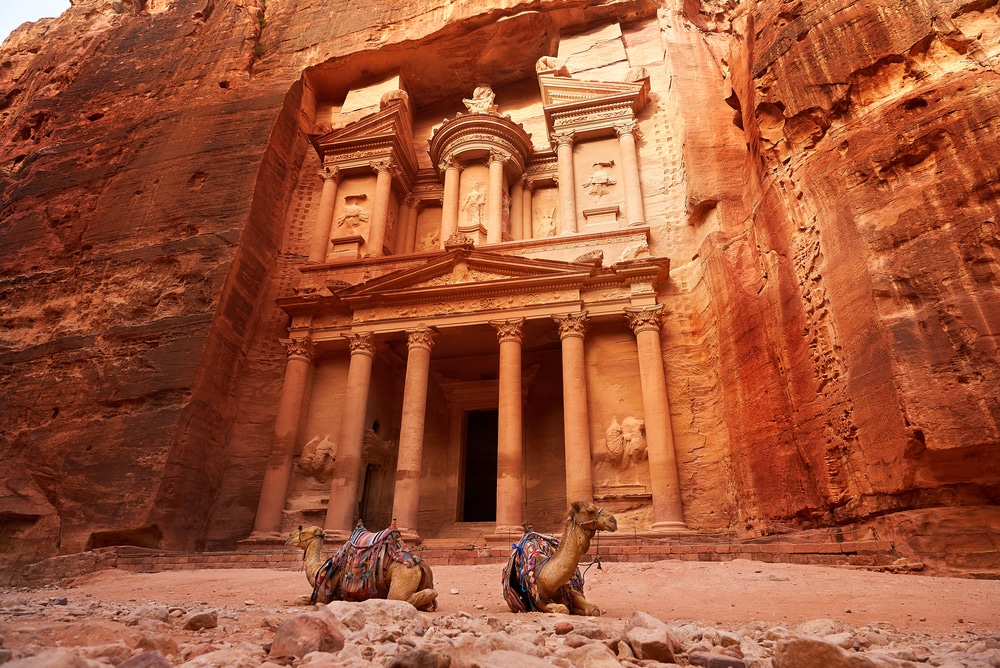 Carved directly into vibrant red, white, pink and sandstone cliff faces, the prehistoric Jordanian city of Petra was “lost” to the Western world for hundreds of years.

Located amid rugged desert canyons and mountains in what is now the southwestern corner of the Hashemite Kingdom of Jordan, Petra was once a thriving trading center and the capital of the Nabataean empire between 400 B.C. and A.D. 106.

The city sat empty and in near ruin for centuries. Only in the early 1800s did a European traveller disguise himself in Bedouin costume and infiltrate the mysterious locale.

In 1985, the Petra Archaeological Park was declared a UNESCO World Heritage site, and in 2007 it was named one of the new seven wonders of the world. 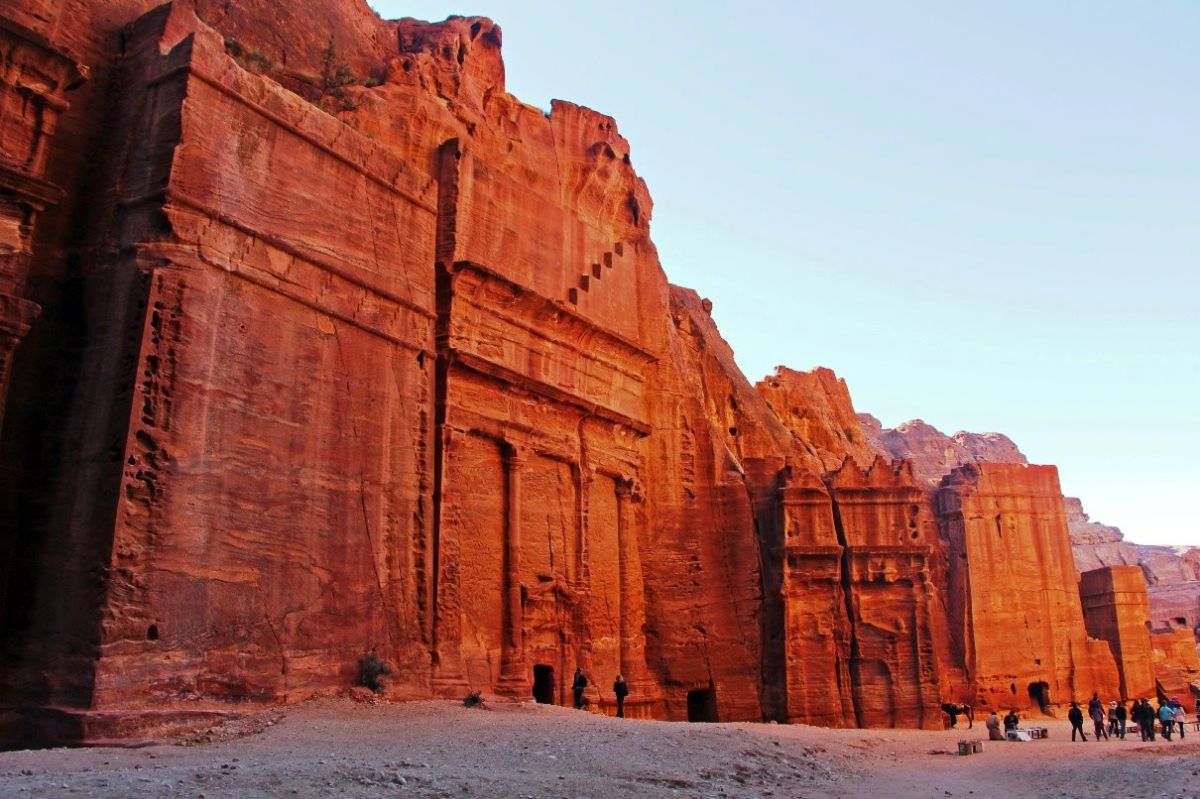