Feast of the Black Nazarene

January 9 is the Feast of the Black Nazarene.

A first group of Augustinian Recollect missionaries landed in Manila in 1606 from Mexico. They brought with them a dark image of Jesus Christ kneeling on one knee and carrying a large wooden cross. The image was first enshrined in St. John the Baptist Church at Luneta in 1606 and after two years was moved to a bigger church nearby. Over a century and a half later, in 1767, the image was transferred to Quiapo Church whose patron is also St. John the Baptist.

Quiapo Church is one of the most popular churches in the country as it is home to the miraculous Black Nazarene, a much venerated statue of Jesus Christ which many people believe has miraculous attributes. 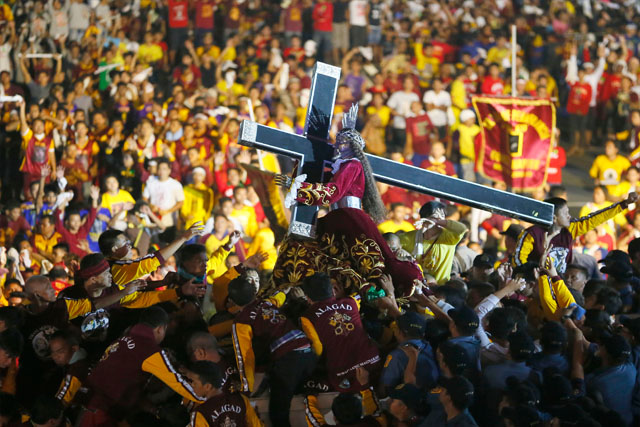 The Devotion to the Black Nazarene

In the words of Archbishop of Manila, Cardinal Luis Antonio Tagle, “To understand the devotee you have to be a devotee. Only a devotee could best understand a devotee.”

During the Feast of the Black Nazarene, millions of devotees walk in the procession called the “Traslacion,” which means the transfer of the Image of the Black Nazarene. In a way it is imitating the Calvary experience : the sacrifice and suffering that our Lord endured for our salvation like when Jesus was walking barefoot, carrying the cross to Mount Calvary.

The devotees also want to give back to God by participating in the suffering of our Lord and entering into the Paschal mystery of Christ.

It is also commemorating the transfer of the image from Luneta to Quiapo, when we first received the statue in 1868. Since then, because of the many answered prayers, people have been celebrating the feast on January 9.

The barefoot procession of an almost 4.3-mile journey starts from the Quirino Grandstand at Luneta and snakes its way towards the narrow streets. Passing through the city’s winding roads, after 19 hours of spiritual euphoria, the procession eventually reaches Quiapo at the Basilica Minore de Nazareno. The devotees flood by to touch the image and throw cloths to touch the image, before receiving the cloths back.

Our culture is a culture of touch and, significantly, in a way we want to touch heaven. 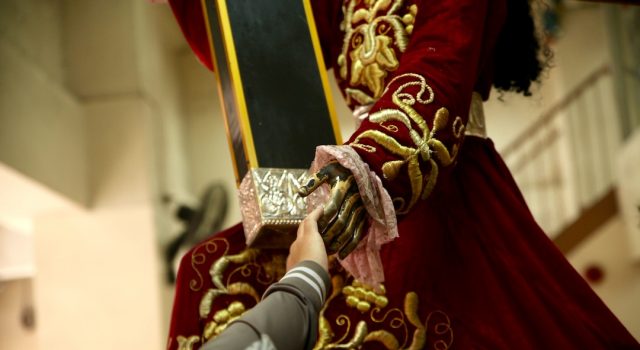 Bringing people to closer to God

Maybe in the past in the Western world the contemplatives’ experience of undergoing retreats in monasteries, retreat houses, etc. was a contemplative way of entering into the mystery of Christ.

But there was also another, lay-focused way of having retreats by making pilgrimages. St. Francis of Assisi, St. Anthony, St Ignatius of Loyola–they also undertook pilgrimages which involved suffering and bodily penance in the process of entering into the Paschal mystery of Christ.

The devotion in Quiapo is somewhat similar to a pilgrimage experience. Every year people come and somehow something changes in their lives.

~  Msgr. Jose Clemente Ignacio, the rector of the Minor Basilica of the Black Nazarene interviewed by Antonio Anup Gonsalves