Feast of St. Clare of Assisi

Today is the Feast of St. Clare of Assisi.

St. Clare was born in 1193 in Assisi to a noble family. When she was 18, she heard St. Francis of Assisi preaching in the town square during Lent and she knew at once that God wanted her to consecrate herself to Him. The next evening, Clare left her house at night, ran to meet St. Francis and his companions at the church they were staying in, and shared her desire to follow him in his way of life. He received her, gave her his tunic, cut off her golden locks, and sent her to a Benedictine convent because she could not stay with the brothers. Her younger sister Agnes soon joined her and the two had to resist much pressure from their family to return home.

When Clare was 22, St. Francis placed her in a small house beside the convent and made her superior, a post she would serve for the next 42 years until her death. 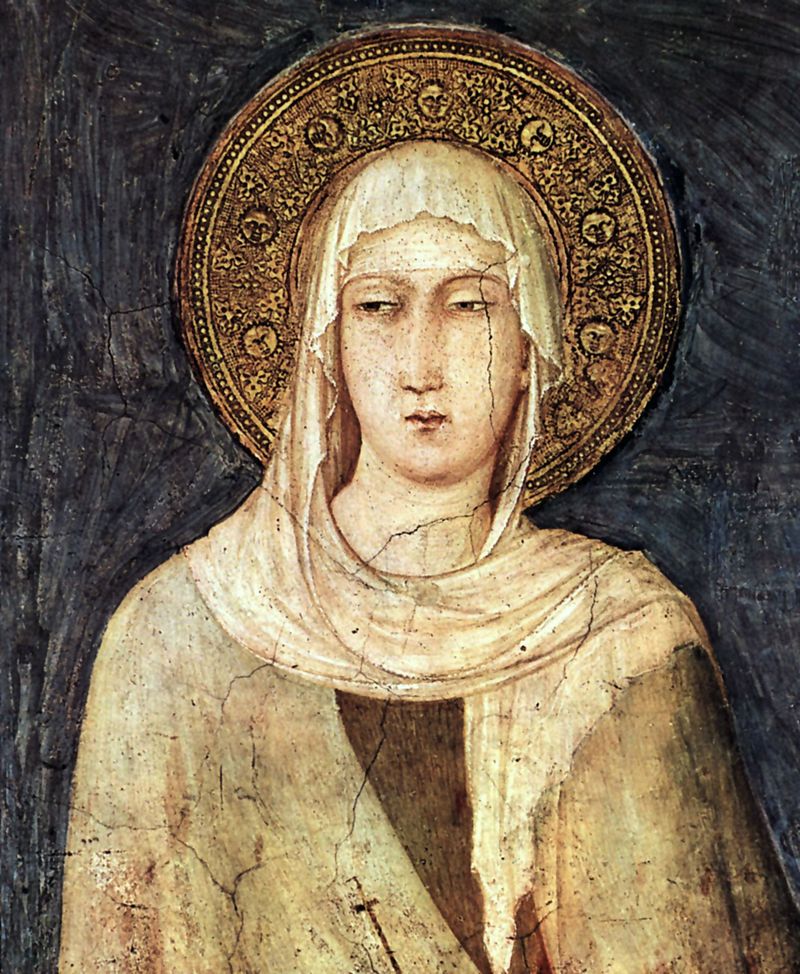 The “Poor Clares,” as they came to be known, lived an unusually austere life for women of the time, walking barefoot around the town begging for alms, wearing sackcloth, and living without any possessions, completely dependent for their food on what was given to them. But the emphasis of their lives was, and still is, contemplation.

Claire died in absolute tranquility, saying to one of the brothers at her side, “Dear brother, ever since through His servant Francis I have known the grace of our Lord Jesus Christ, I have never in my whole life found any pain or sickness that could trouble me.”

She was canonized in 1255, two years after her death.