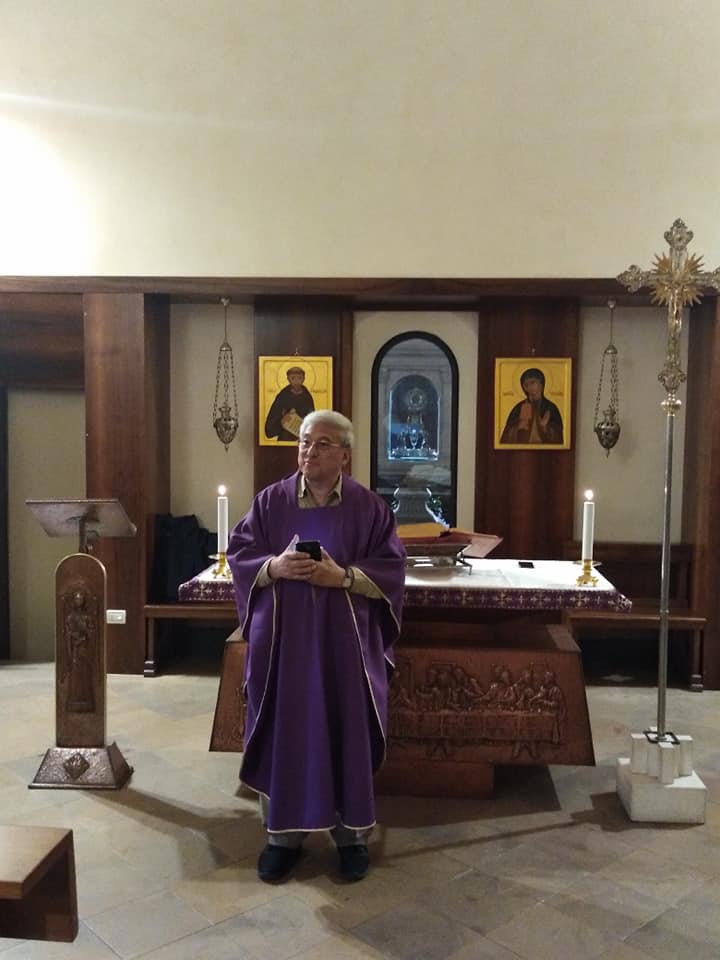 Fr. Francis and our pilgrims began their pilgrimage with a Mass at the Church of the Eucharistic Miracle in Lanciano, Italy.

Note: As seen on the photo, the flesh and blood of Jesus exposed on a crystal monstrance and chalice at the altar of the Church of the Eucharistic Miracle. 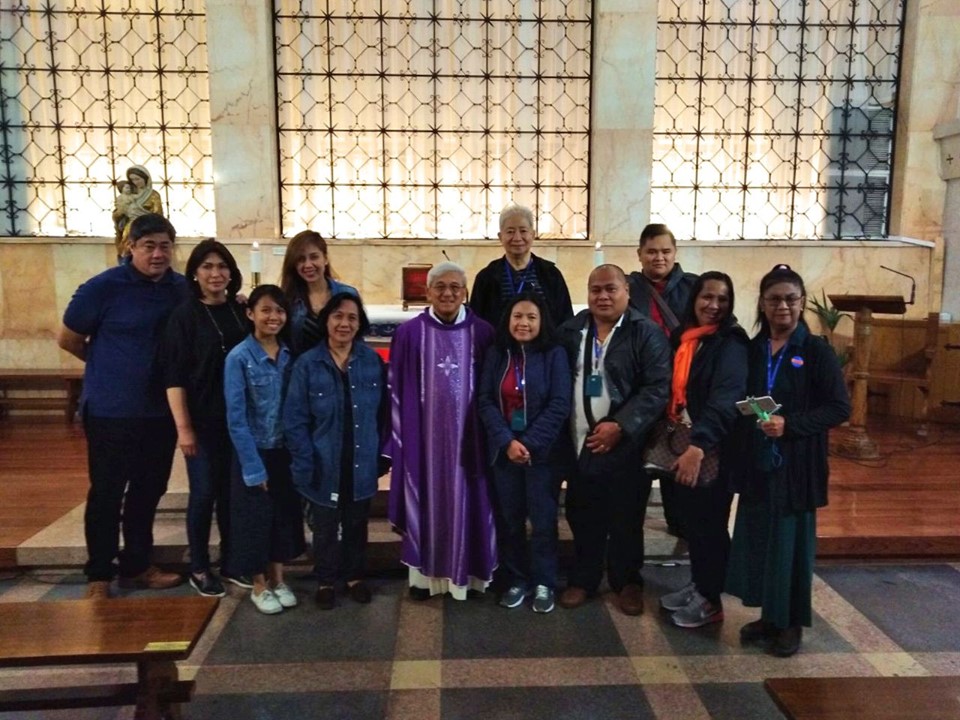 A group photo after Mass.

“Whatever you have right now, even your life, is God’s. He is the only one who can take it away anytime.”

~ from the homily of Fr. Francis Lucas during Mass at the old crypt of St. Padre Pio in San Giovanni Rotondo, Italy 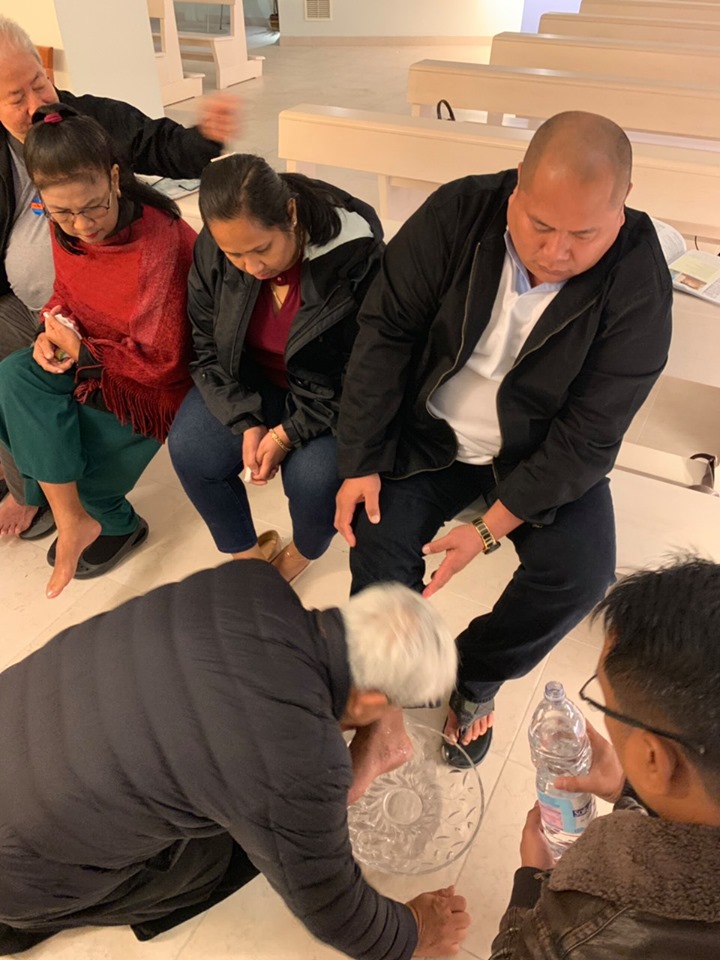 “A person who wants to be a leader should be a servant first.”

~ from the homily of Fr. Francis last Holy Thursday before the Washing of the Feet in San Giovanni Rotondo, Italy 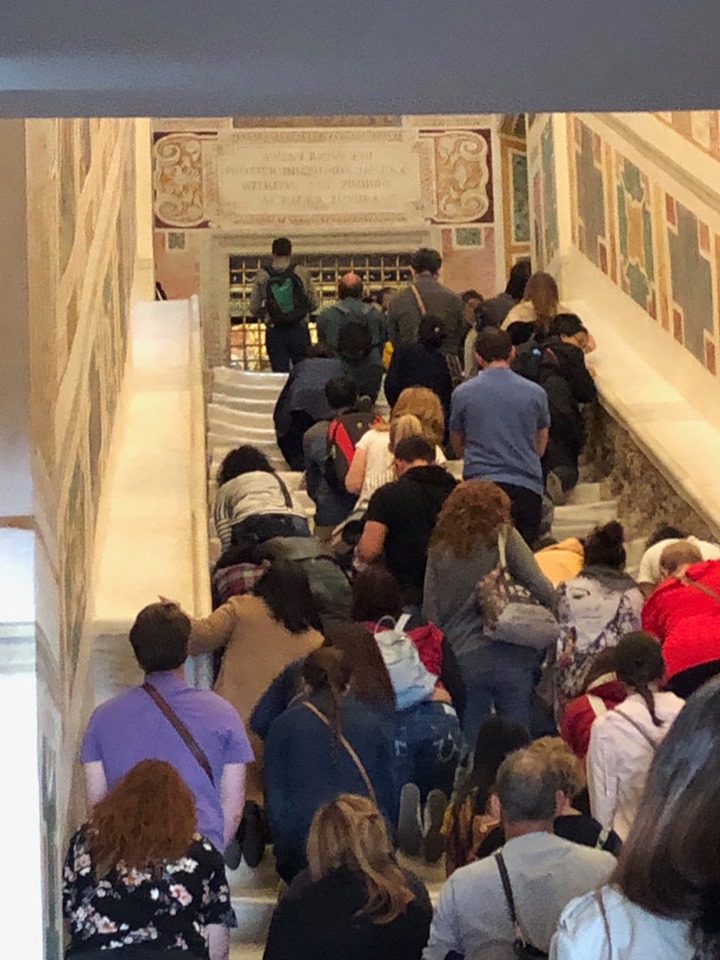 Last Good Friday, Fr. Francis and our pilgrims spent time in prayer at the Scala Santa in Rome.

The Scala Santa or Holy Stairs are the steps leading up to the praetorium of Pontius Pilate in Jerusalem on which Jesus stepped on his way to trial during his Passion. The Stairs were brought to Rome by St. Helena in the 4th century. 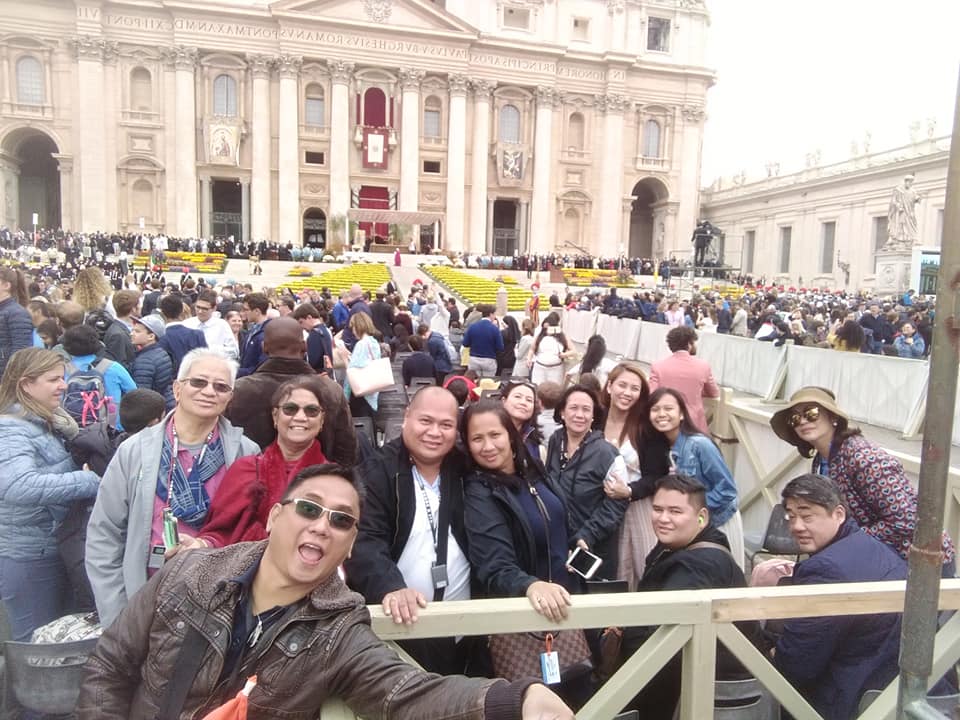 Fr. Francis and our pilgrims attended the Easter Mass at St. Peter’s Square in Rome, Italy with Pope Francis. 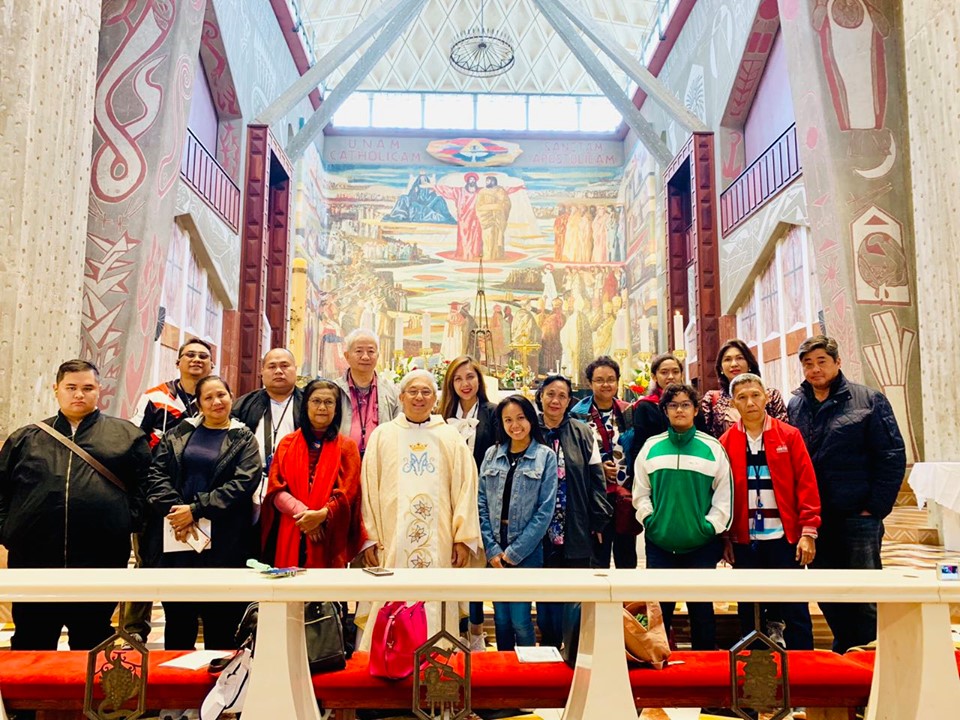 From Rome, Fr. Francis and our pilgrims continued their pilgrimage to the Holy Land. Their first Mass was celebrated at the Basilica of the Nativity in Nazareth. 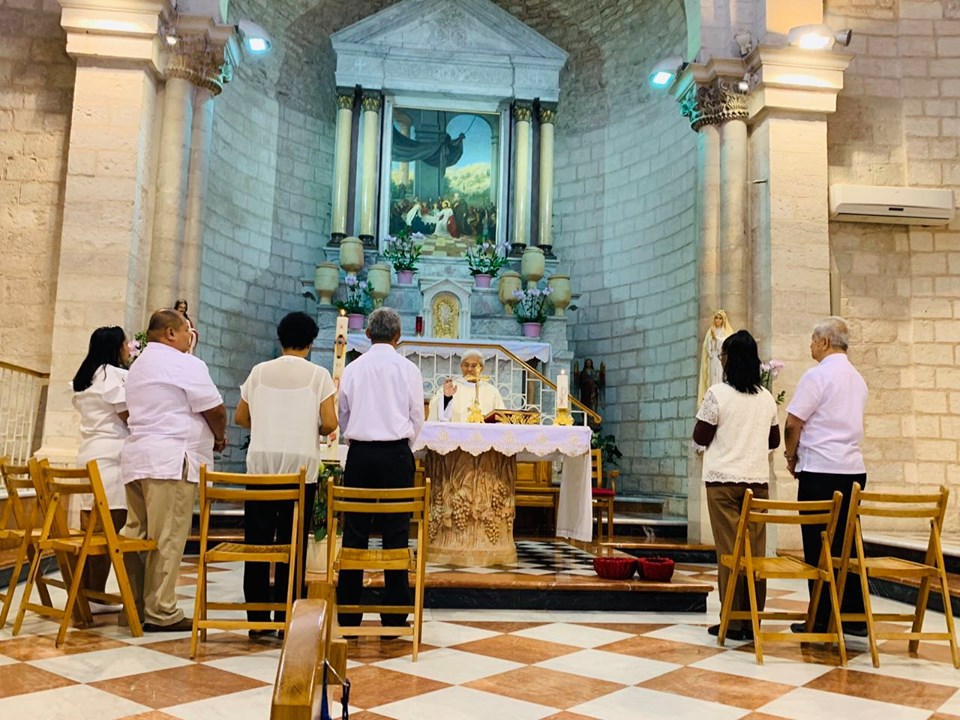 “Marriage is communication, commitment and community.”

~ from the homily of Fr. Francis Lucas during the renewal of marriage vows by our pilgrim-couples at the Wedding Church of Cana. 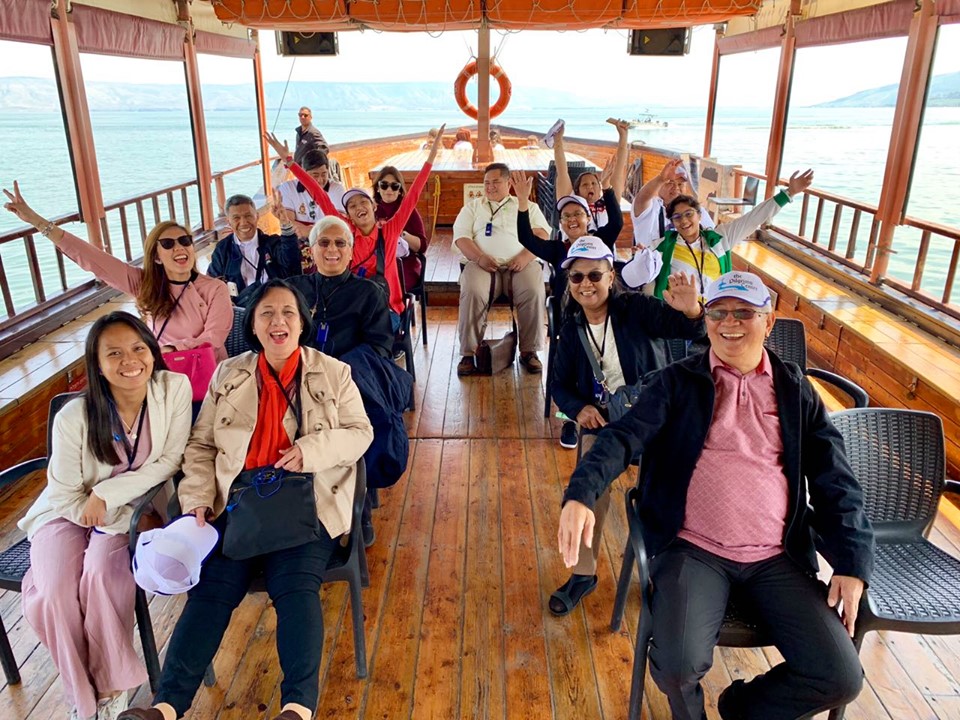 Happy Pilgrims while on a boat ride at the Sea of Galilee. 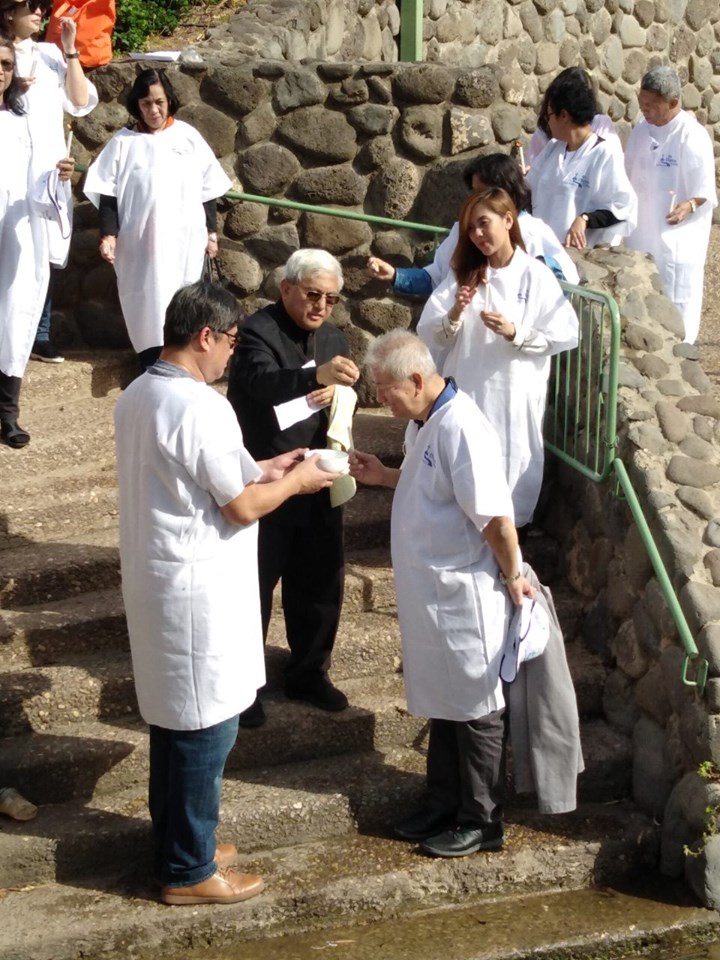 Our pilgrims renewed their baptismal promises at the River Jordan. 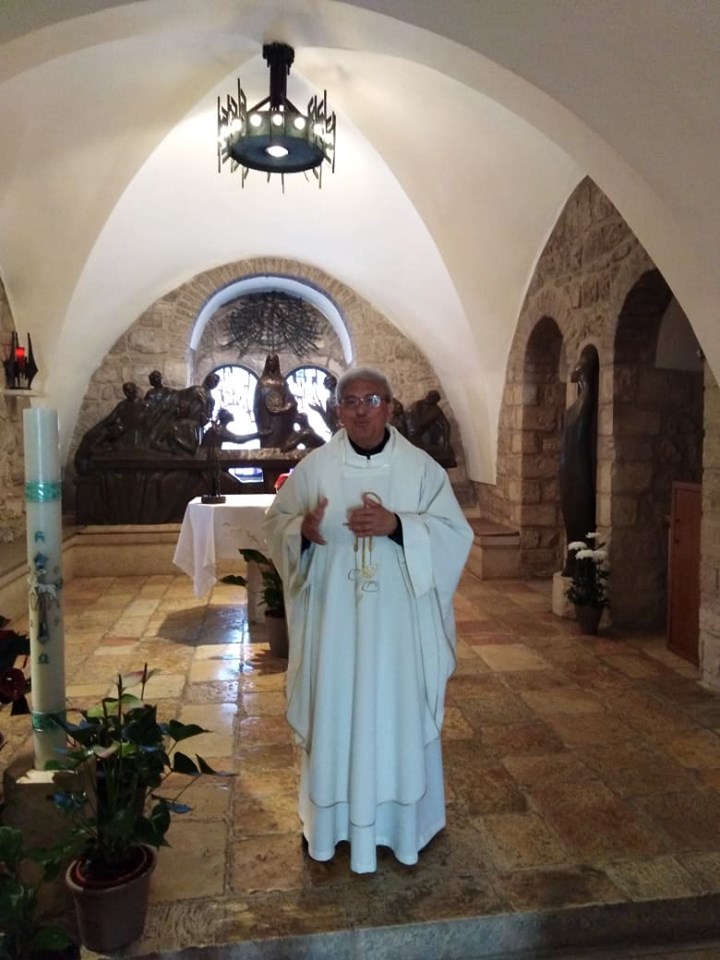 “Eucharist is explained in two words: Broken and Shared.”

~ from the homily of Fr. Francis during Mass at the Church of the Last Supper, Mount Zion in Jerusalem