Pilgrimage Updates: Fr. Manny Cruz led a 16-day Pilgrimage to Our Lady of Medjugorje and the Balkan States plus Italy last May 4, 2019 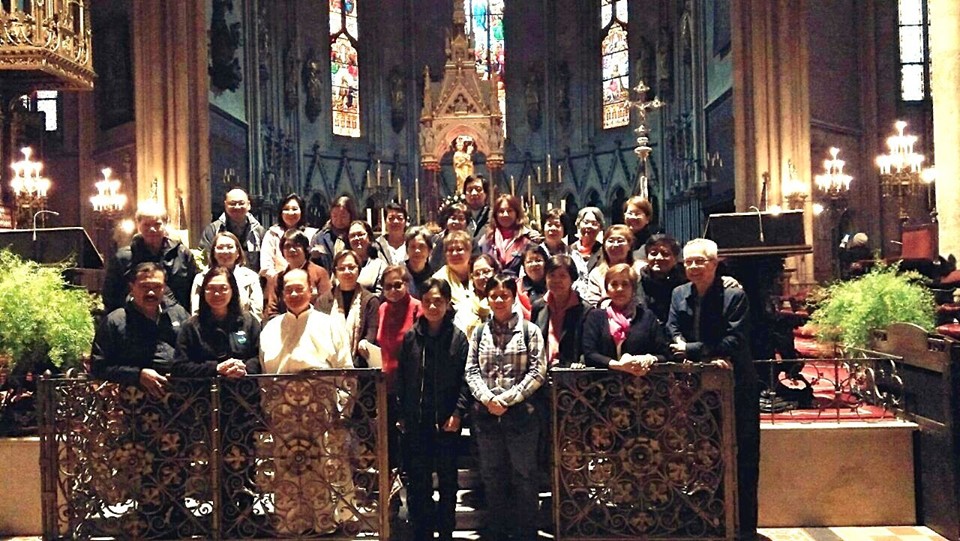 Fr. Manny Cruz and our pilgrims began their pilgrimage with a Mass at the Cathedral of the Assumption of the Blessed Virgin Mary in Zagreb, Croatia. 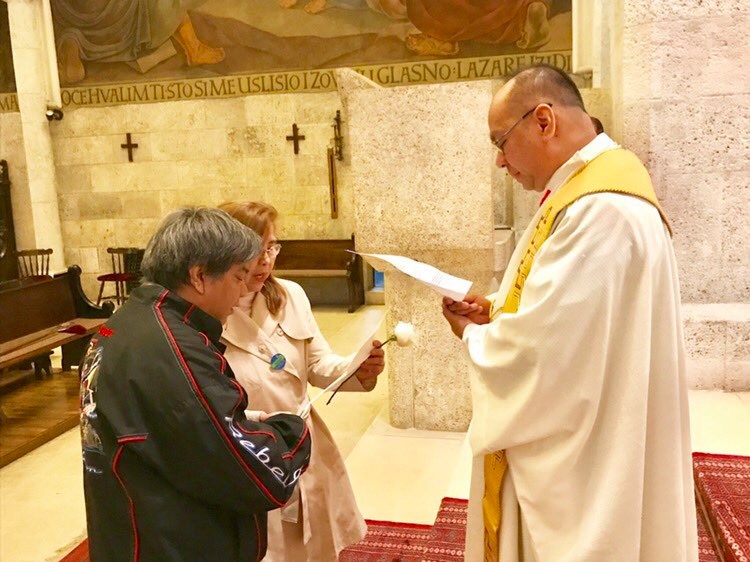 Our pilgrims, Deo and Medy Concepcion, renewed their marriage vows in celebration of their wedding anniversary, at the Church of St. Mark in Zagreb, Croatia. 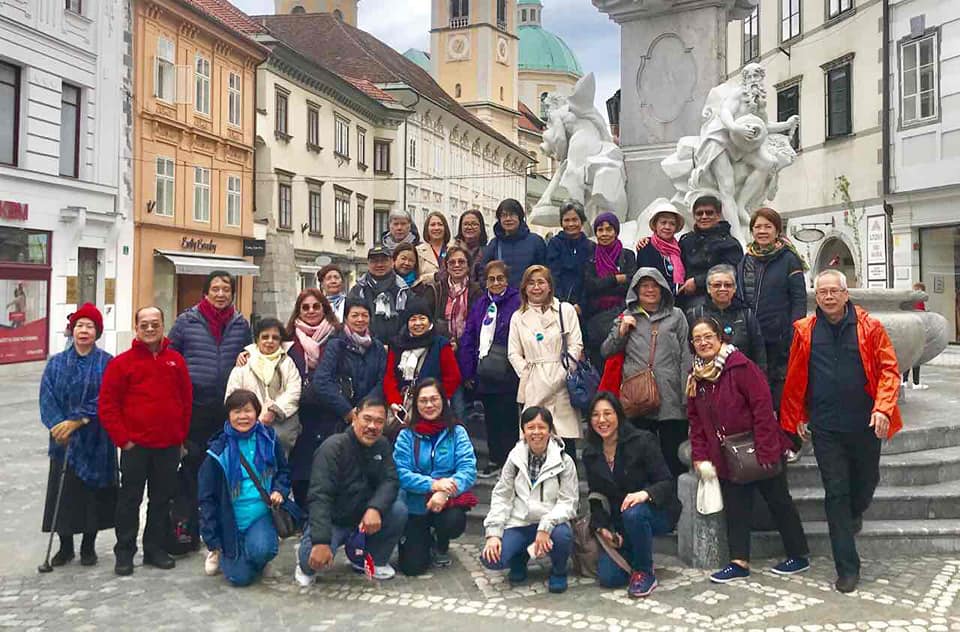 A group photo at Ljubljana, the capital of Slovenia. 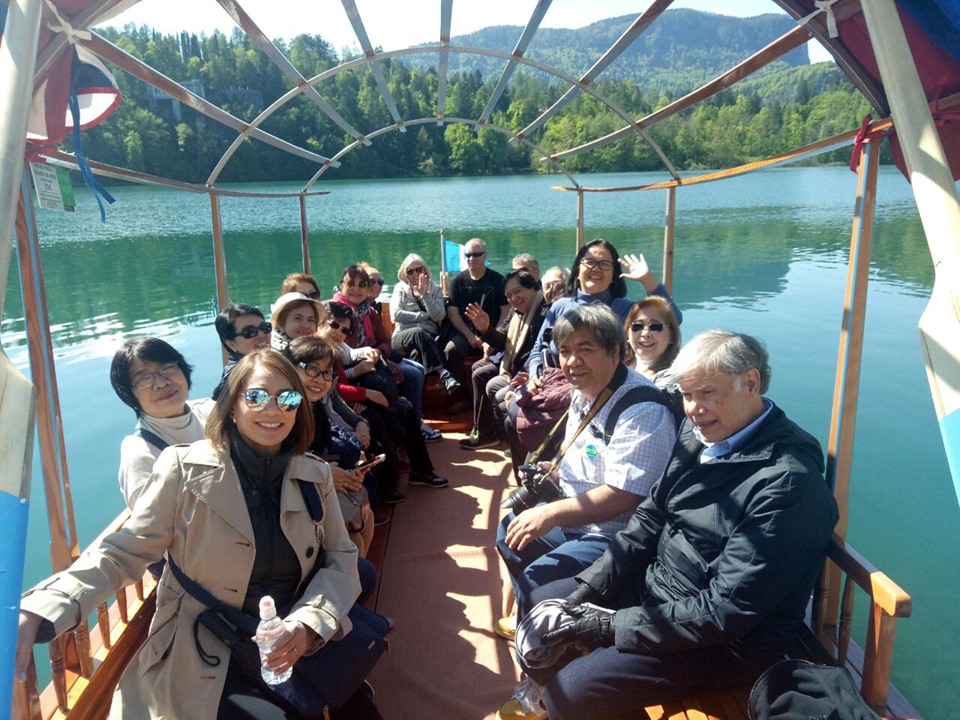 Fr. Manny and our pilgrims rode the Pletna Boat to Bled Island, a picturesque and serene escape set amid forests and mountains. 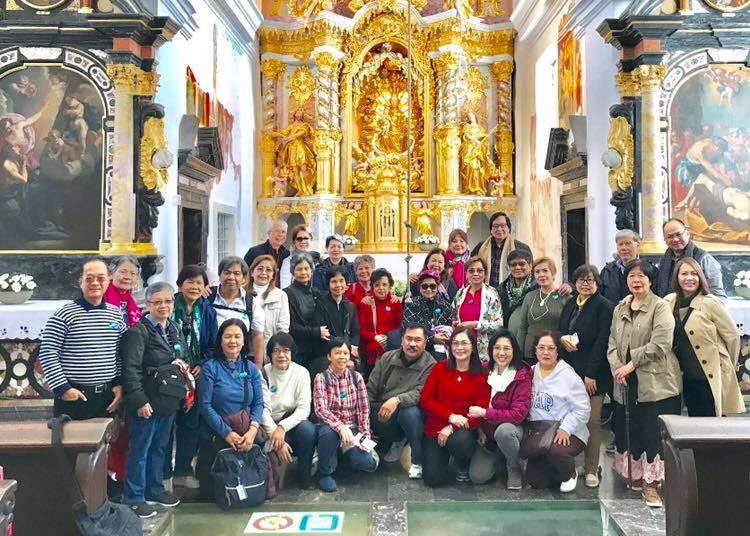 A group photo at the picturesque Pilgrimage Church of the Assumption, also known as The Church of Mary the Queen, or Our Lady of the Lake.

The Pilgrimage Church of the Assumption of Mary stands on Bled Island, a tiny tear-shaped isle in the middle of the incredible beautiful Lake Bled in the northwestern corner of Slovenia. 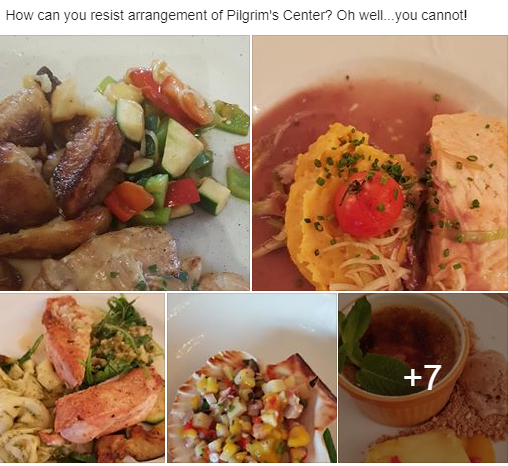 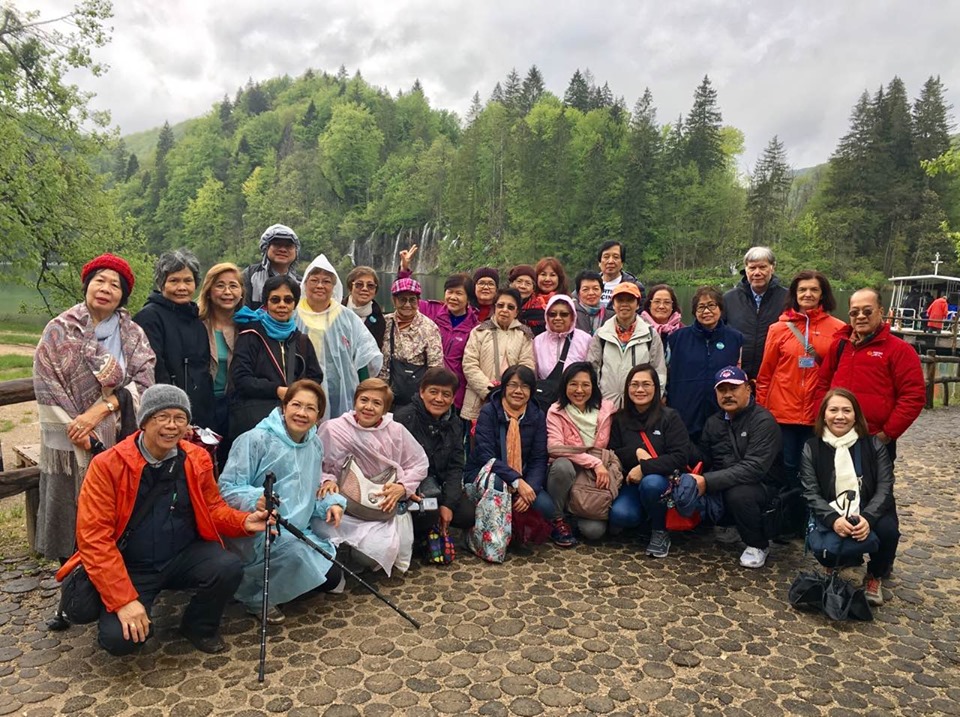 Fr. Manny and our pilgrims at the picturesque Plitvice Lakes.

Plitvice Lakes National Park is one of the oldest and largest national parks in the Republic of Croatia. Well known for its numerous turquoise-colored lakes separated by tufa, or travertine, barriers, its karst landscape is characterized by specific hydrological traits and exceptional biological diversity.  It was added to the list of UNESCO World Heritage sites last 1979. 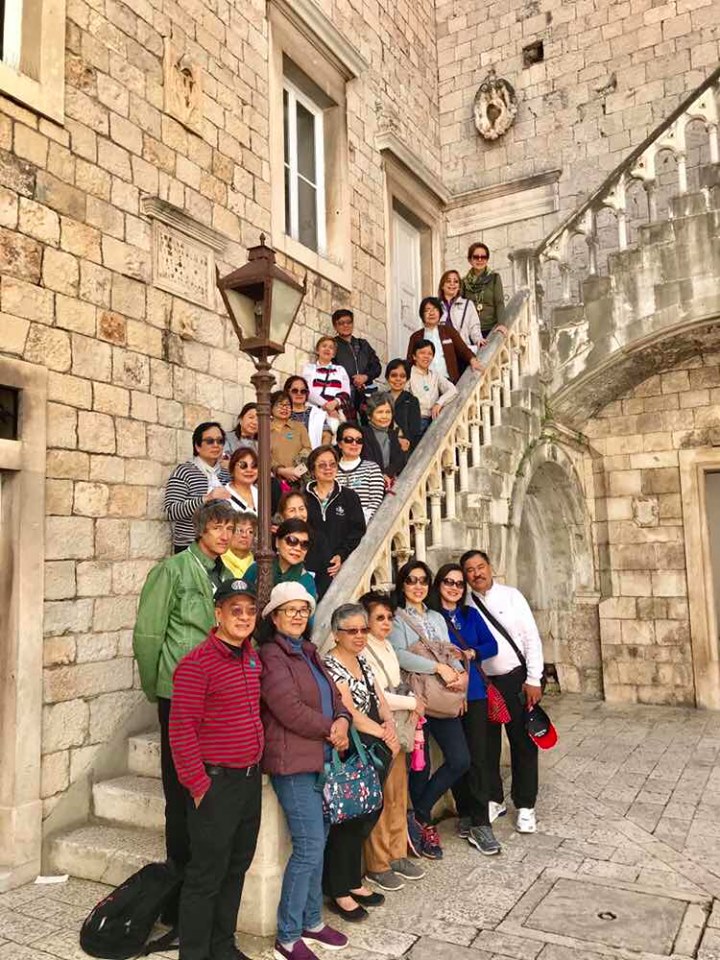 A group photo in Trogir, the center of Croatia’s artistic activities and a UNESCO World Heritage Center. 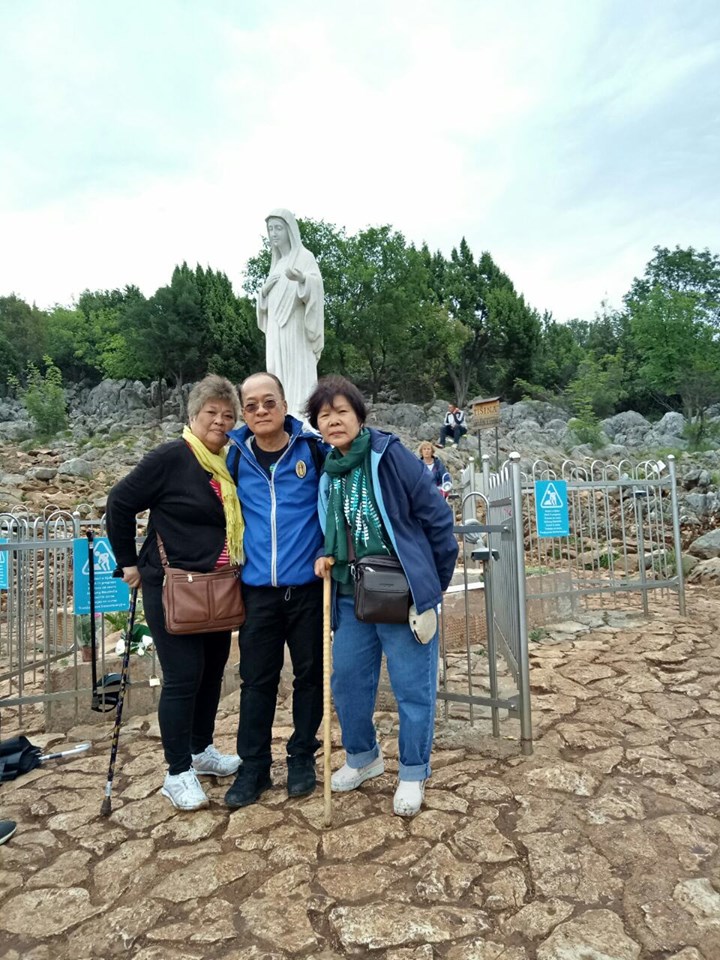 Happy to have reached the top of the Apparition Hill in Medjugorje! #ThankyouOurLadyofMedjugorje 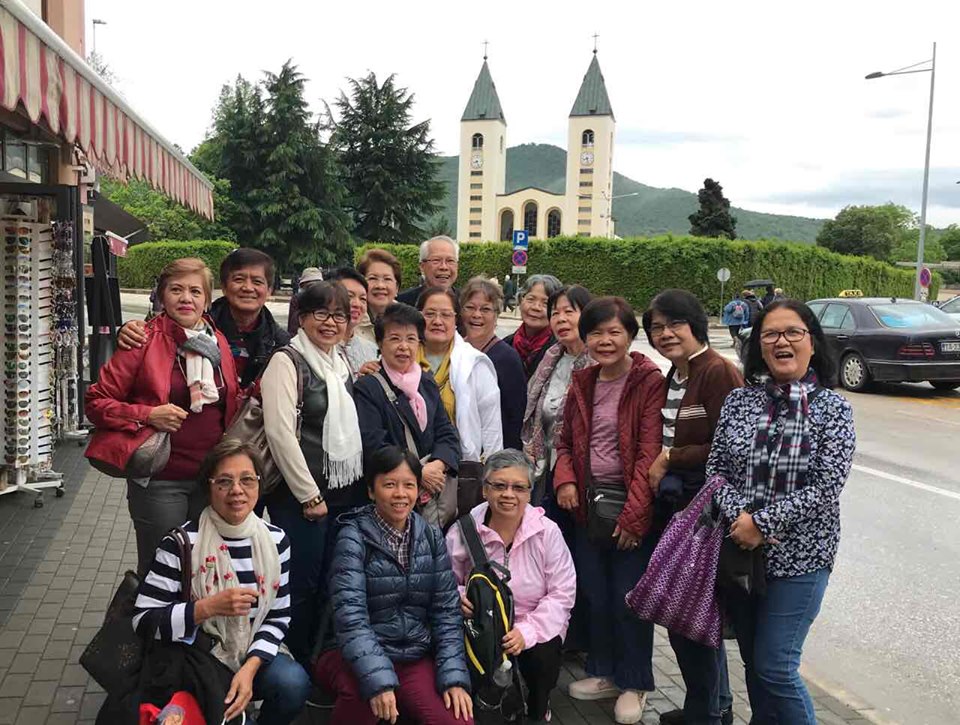 A group photo at the Shrine of Our Lady of Medjugorje. 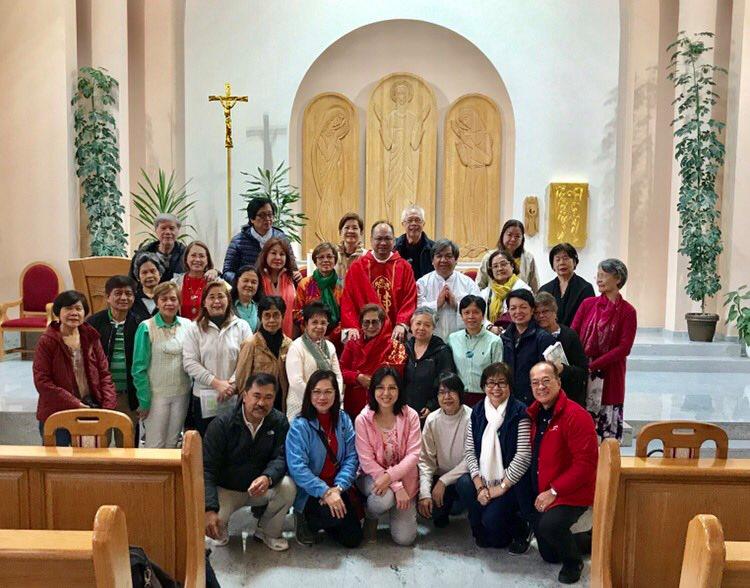 Mass was celebrated at the Franciscan Church in Mostar, Bosnia-Herzegovina. 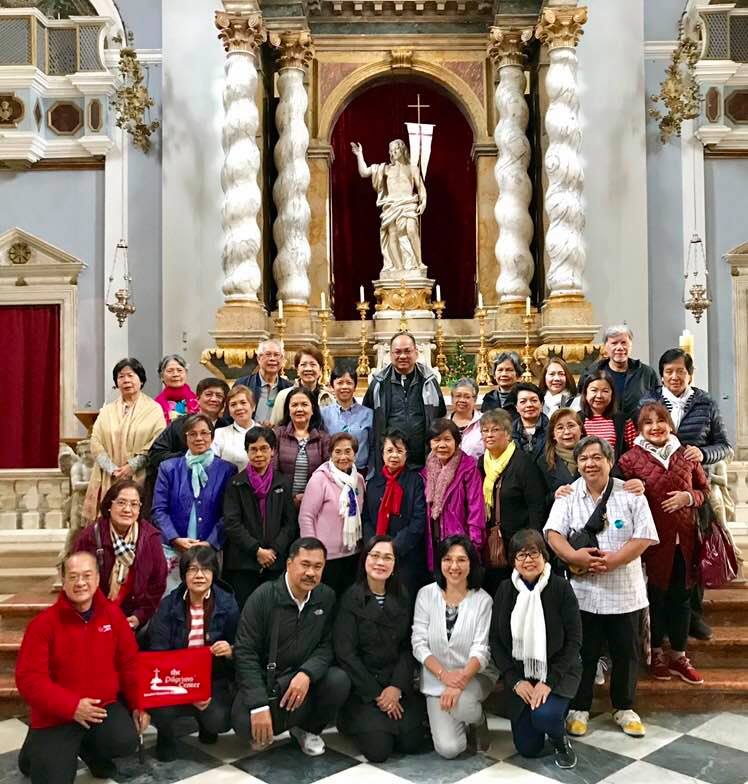 At the St. Saviour Church in Dubrovnik. 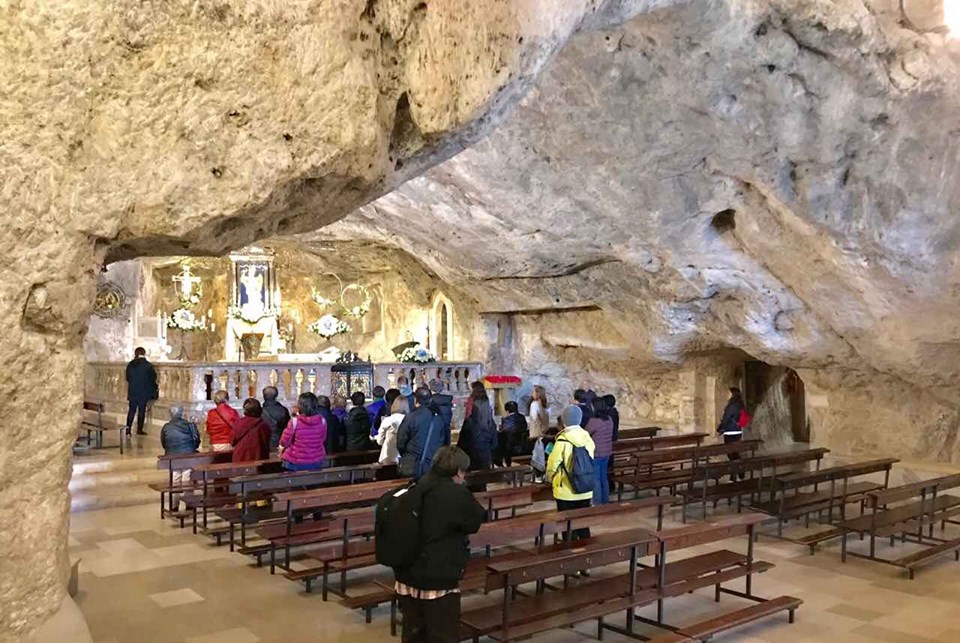 Upon arrival in Italy, Fr. Manny and our pilgrims visited the Sanctuary of St. Michael the Archangel in Monte Sant’Angelo. 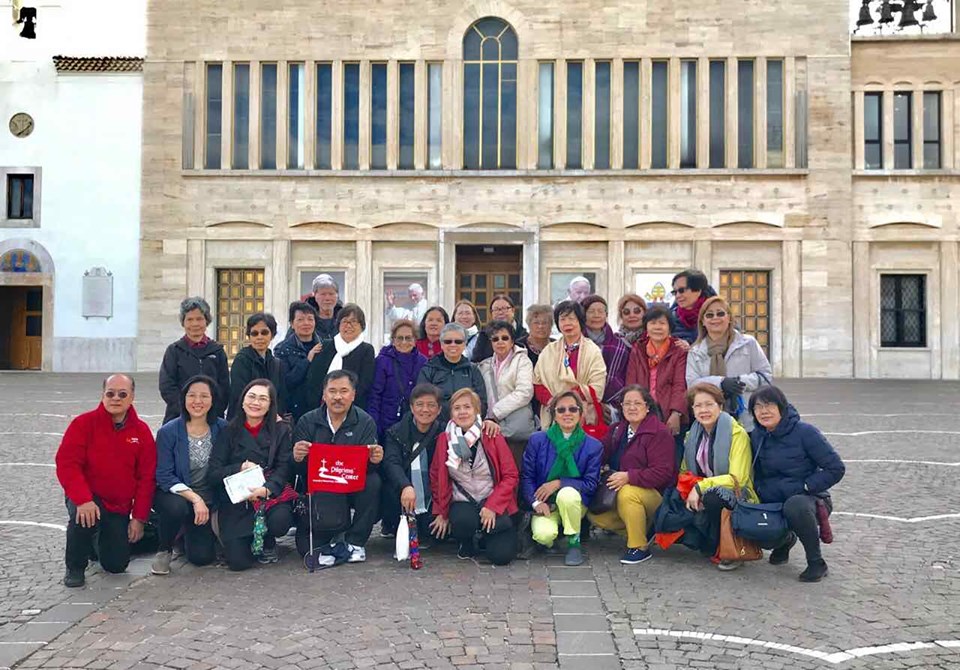 At the Sanctuary of St. Padre Pio in San Giovanni Rotondo. 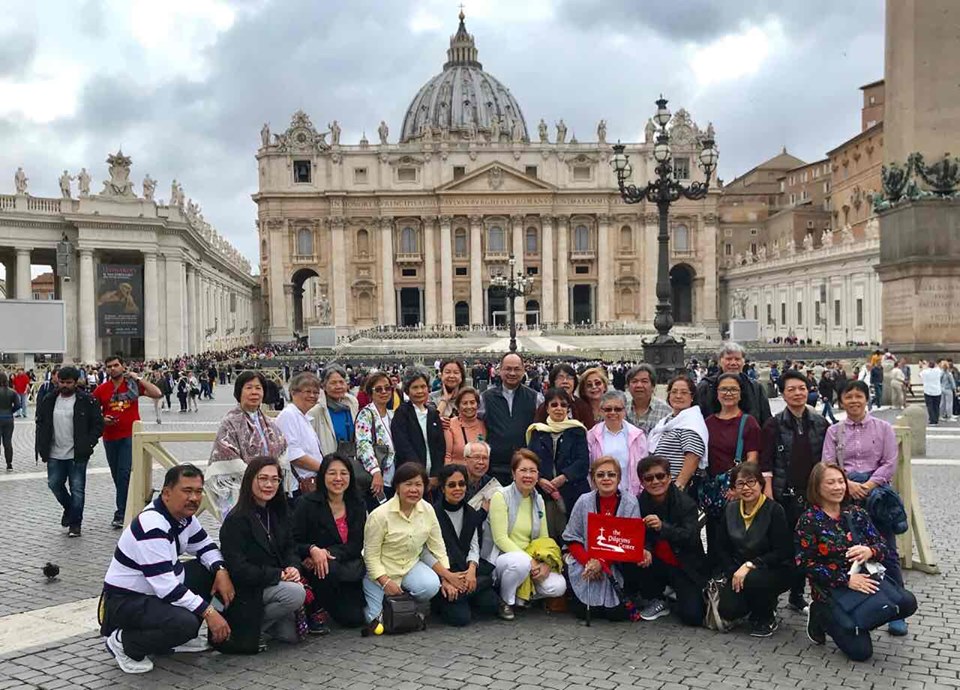 Fr. Manny and our pilgrims capped off their pilgrimage in Rome, Italy. This was taken at St. Peter’s Square at the Vatican City.