Pilgrimage Updates: Fr. Ryan Barrios led a Pilgrimage to the cities of Roxas in Capiz and Iloilo last August 14 to 18, 2019 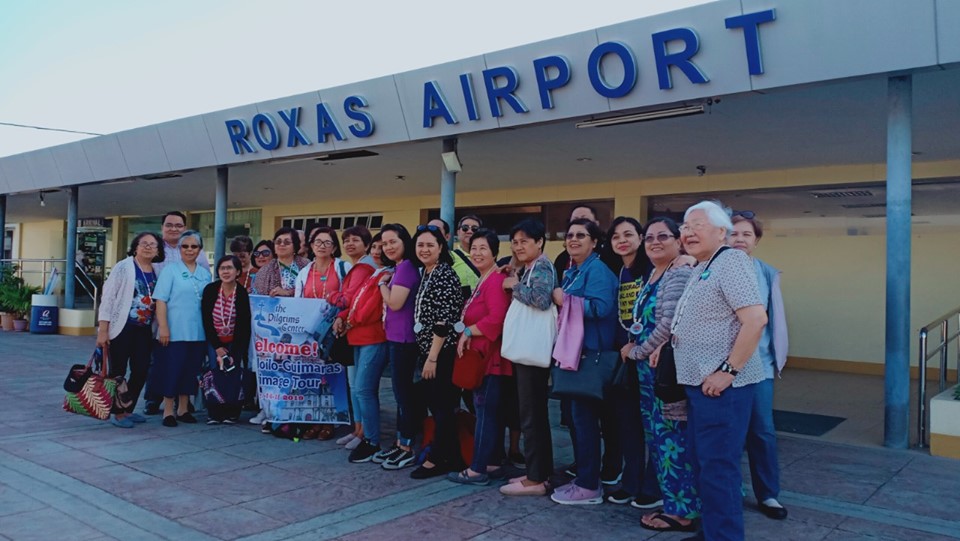 Fr. Ryan and our pilgrimage group upon arrival at the Roxas City airport in Capiz last August 14, 2019. 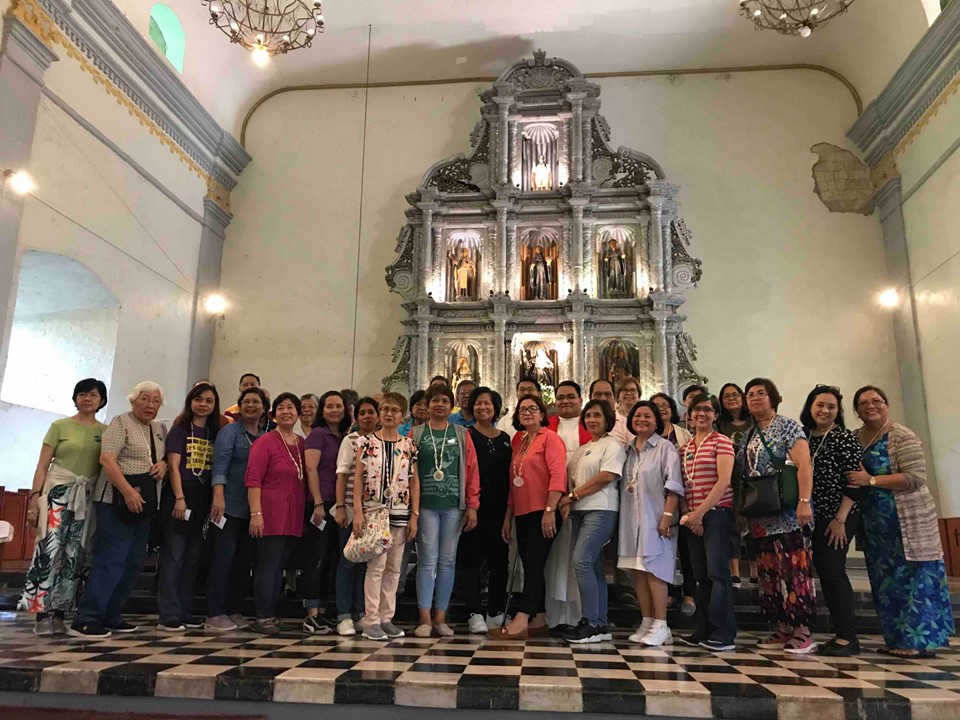 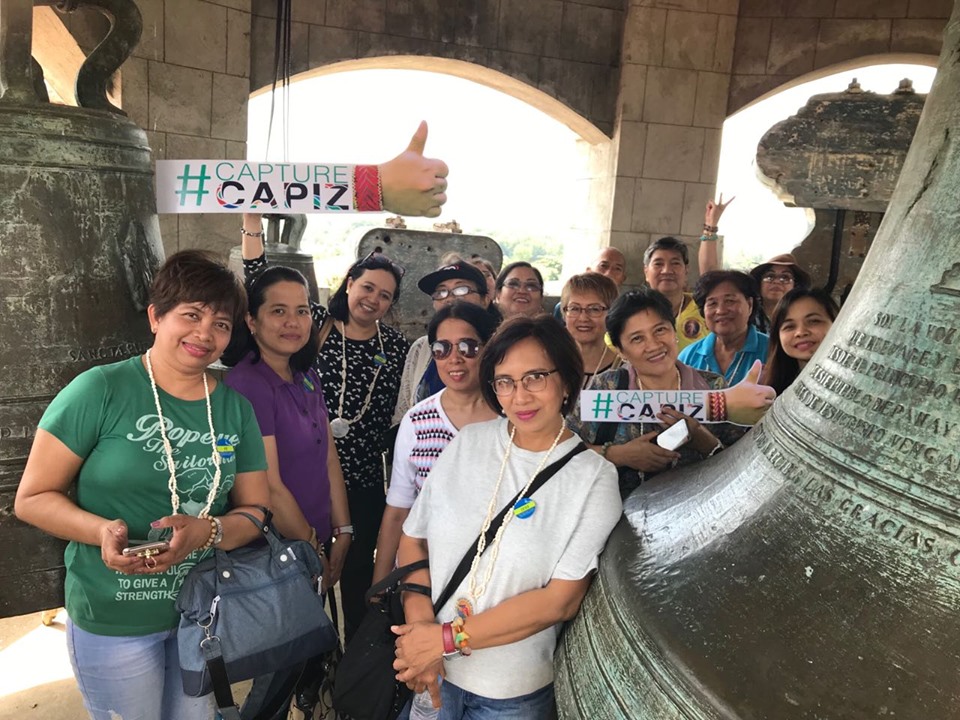 Fr. Ryan and our pilgrims went up the belfry of Santa Monica Parish Church to see the “Dakung Lingganay” (the biggest Catholic Church Bell in Asia).

The colossal bell whose sound can be heard within 8 kilometer radius measures at 5 feet in height, 7 feet in diameter and weighs 10,400 kilograms. The bell was cast using 70 sacks of coins collected from the townspeople from 1844 to 1886, and was completed in 1878.

The inscription in the bell reads: Soy la voz de Dios que Ilevarey ensalzare desde el principio hasta el fin de este pueblo de Panay para que los fieles de Jesus vengan e esta casa de Dion a recibit las gracias celestiales. (I am God’s voice which I shall echo and praise from one end to the other town of Panay, so that the faithful followers of Christ may come to this house of God to receive heavenly graces.) 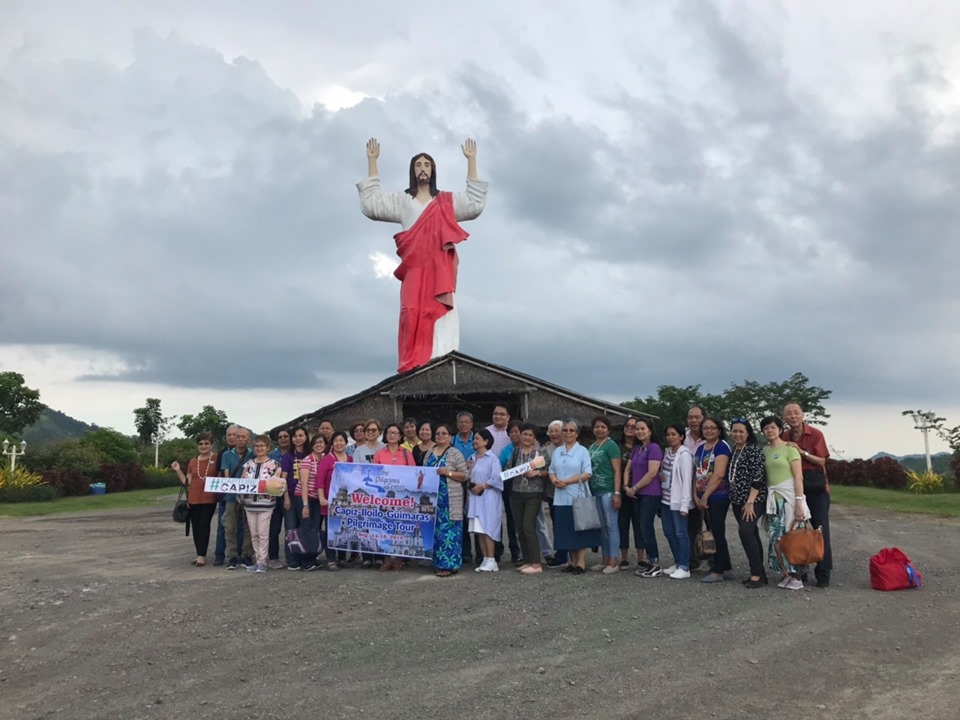 Fr. Ryan and our pilgrims visited the Sacred Heart of Jesus, a giant statue of Jesus Christ, in Roxas City, Capiz.

Built in 2015, the 132-foot monument is said to be the tallest of its kind in the Philippines. 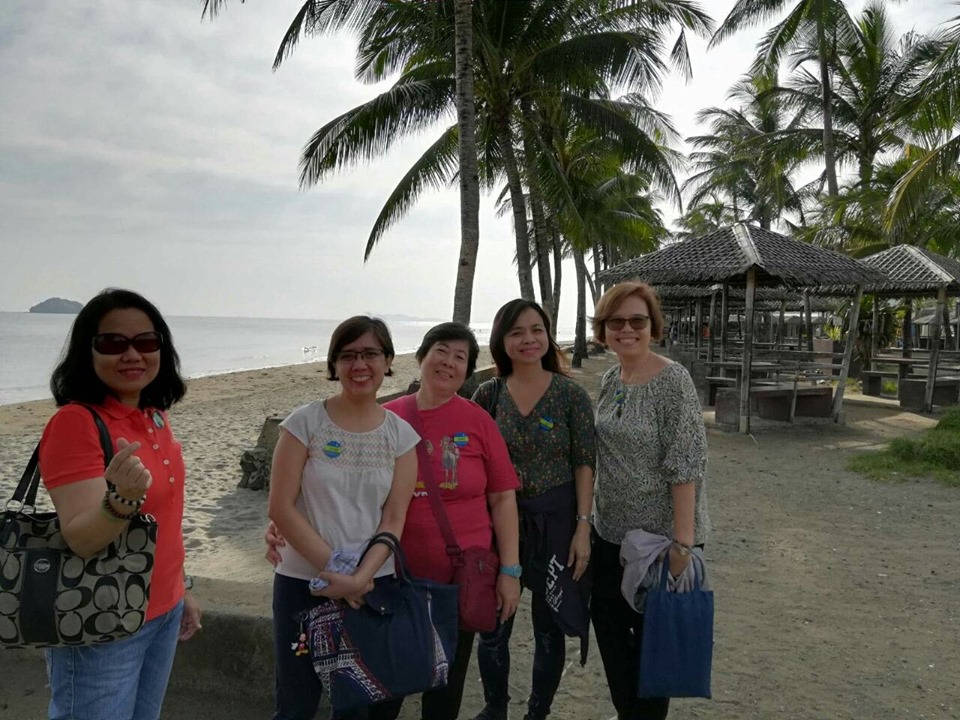 Enjoying great company and the fresh air along Baybay, Roxas. 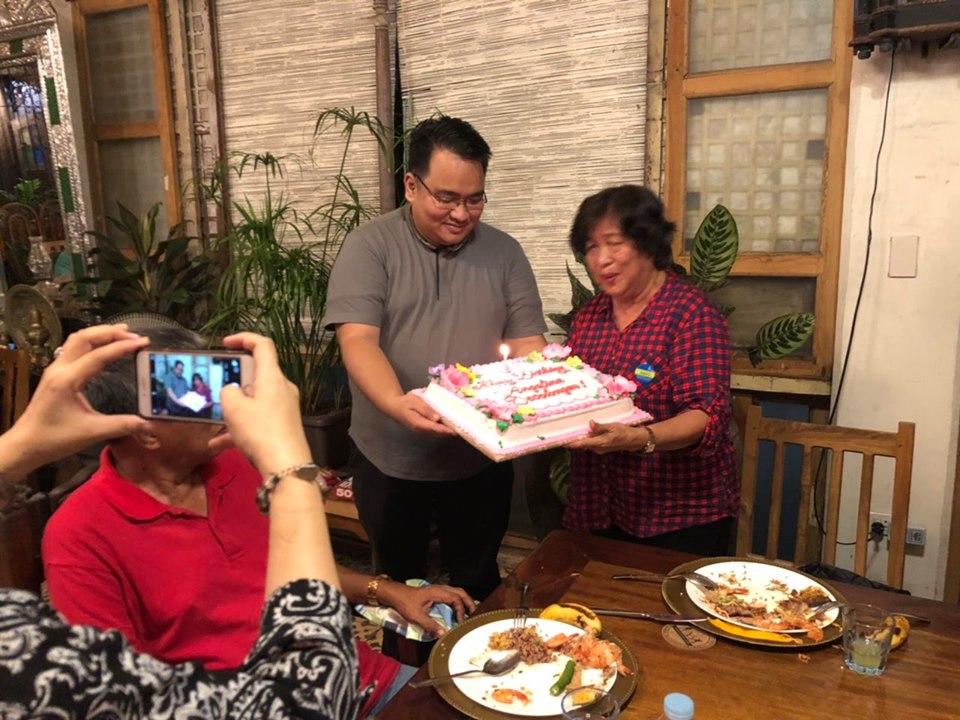 A surprise birthday cake for our dear pilgrim, Angelina Decolongon, at Balay na Batao in Iloilo. 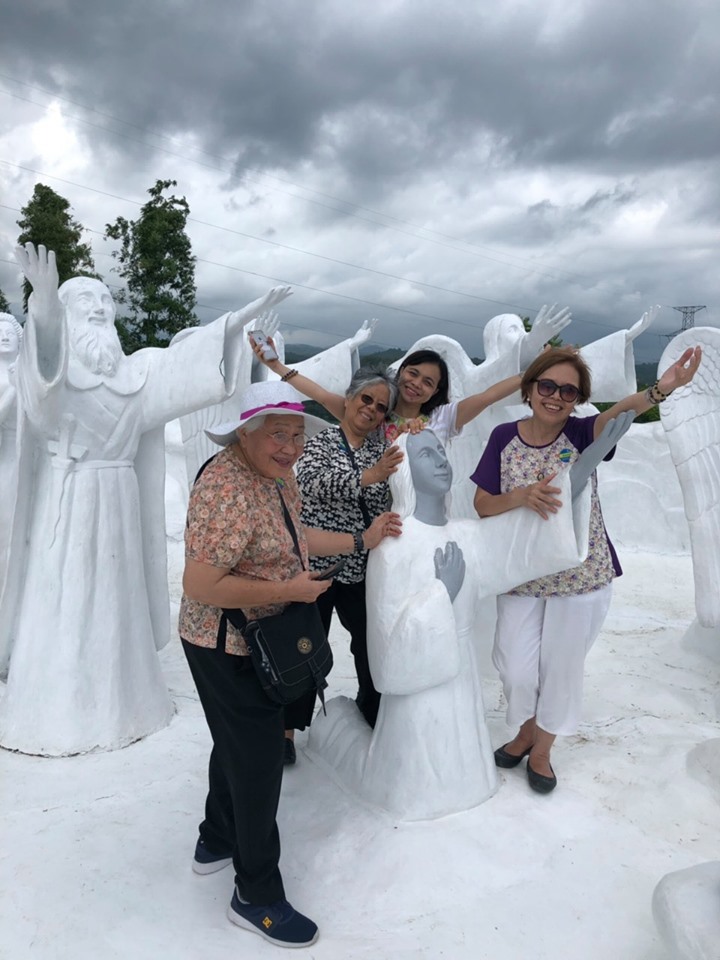 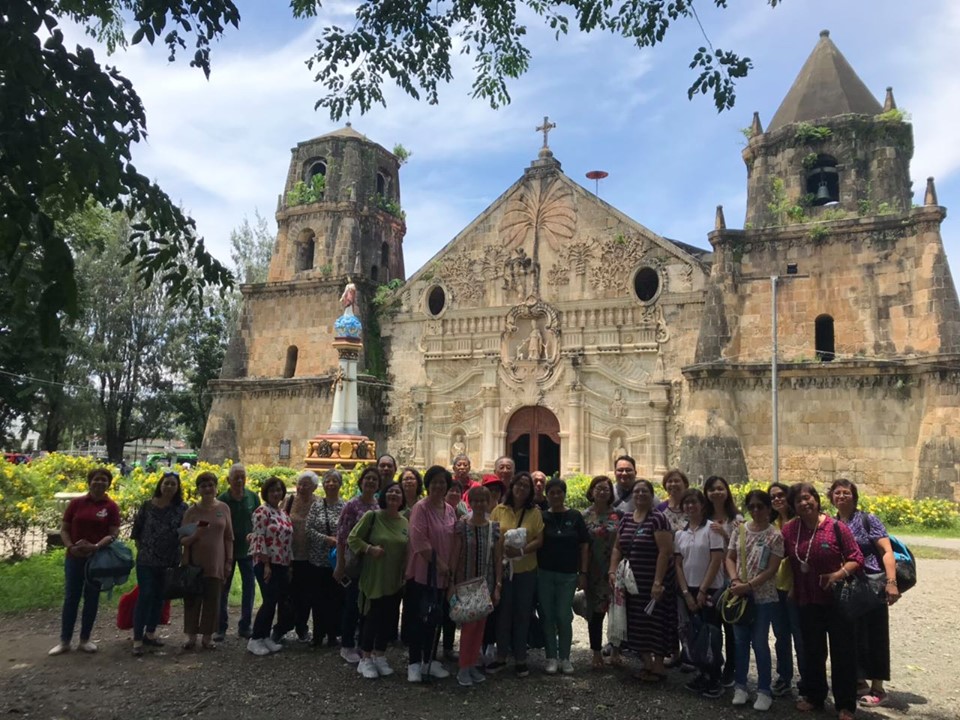 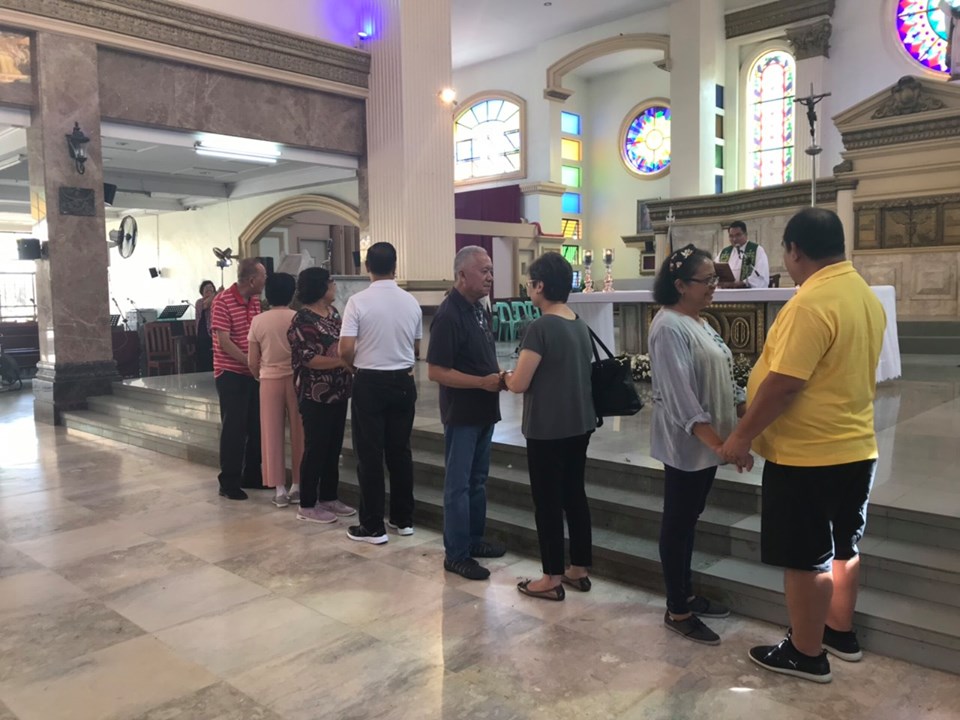 Our married-couple pilgrims renewed their marriage vows at the St. Vincent Ferrer Parish in Leganes, Iloilo. 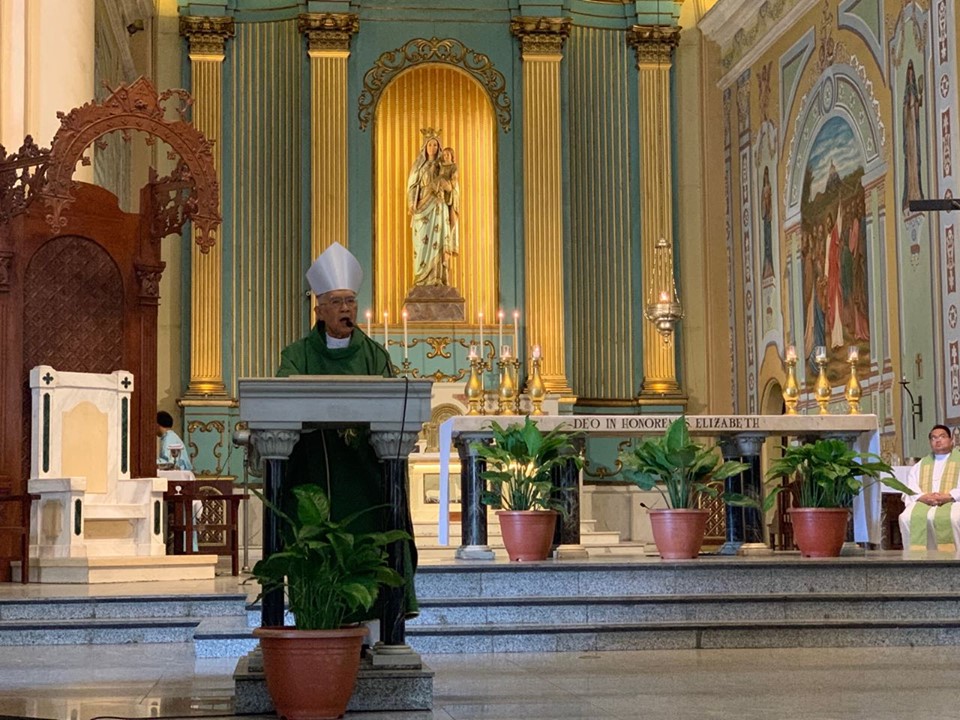 Fr. Ryan and our pilgrims at the Jaro Cathedral in Iloilo City receiving inspiration from Archbishop Angel Lagdameo. 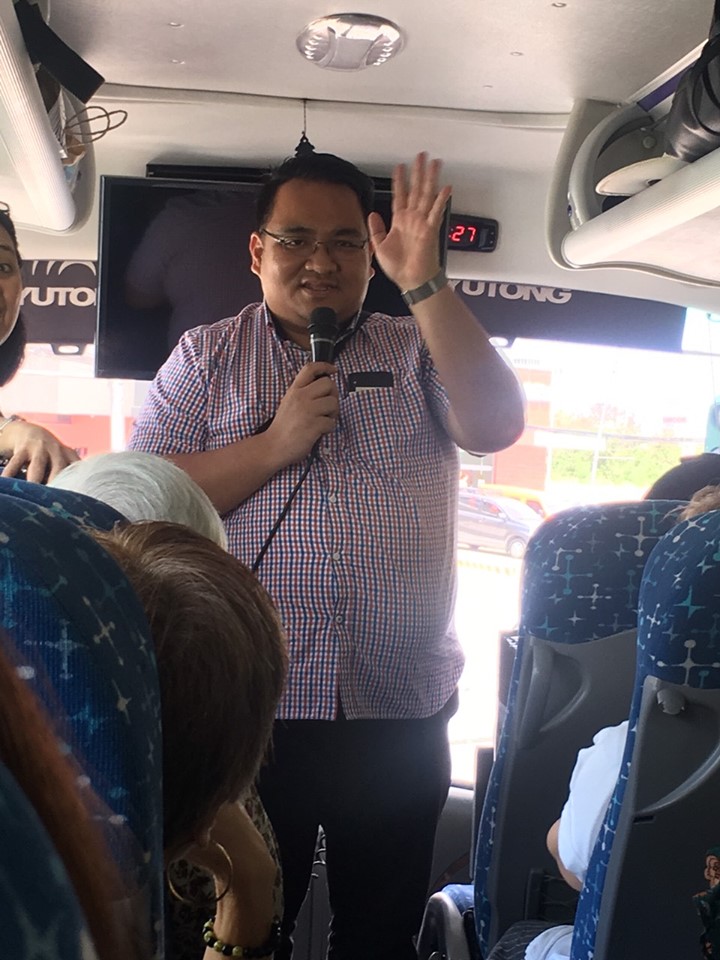 Our pilgrims received the priestly blessings of Fr. Ryan before leaving for the airport bound for Manila.